← more from
Danse Noire
Get fresh music recommendations delivered to your inbox every Friday. 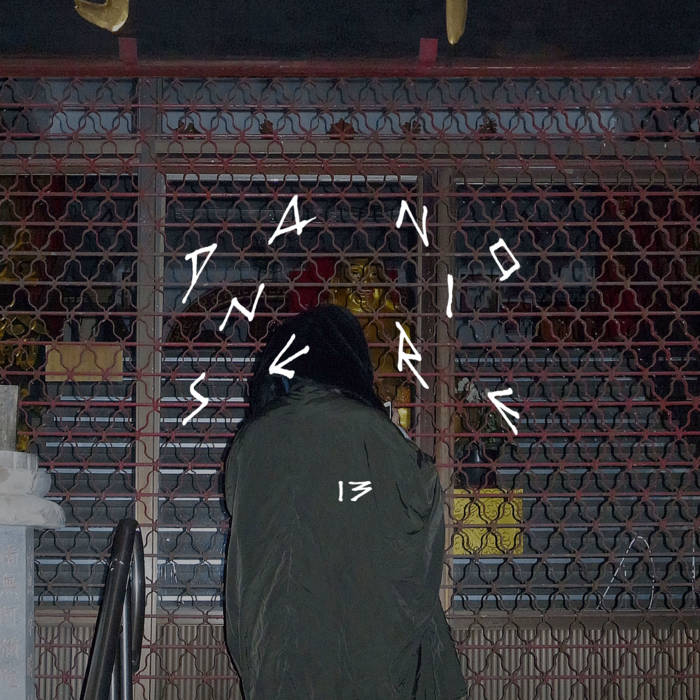 chromasy Dark, moody and with a sense of adventure. Ghost Island takes you to a place that conjures adrenaline like watching a dystopian classic for the first time. Favorite track: 狗戰 Dog War.

Ben Harris This stuff is reminiscent of both dark Teutonic techno and continental Asian-themed ritual industrial music, but possesses a uniquely haunting metropolitan flair that I suspect only a young frustrated person growing up in a rapidly expanding city could conjure up. Eerie and colourful in equal measure. Favorite track: 眾神廟 The Temple.

The fog, snow, streets … everything had only altered slightly from my memory yet I perceived this world as one that might be a couple years, or even a few centuries, into the future. I was amongst a group of futuristically dressed children, school dropouts turned street dwellers, who had just run away from their homes, and I seemed to be one of them, wearing dark sailor clothes, with black hair just past my shoulders.

We had been hiding for quite a while in the white stairwell of a newly built building, uninhabited since its completion. The children set up a den in the stairwell, equipped with a TV and video games. I had somehow become their leader, directing the others where to safely spend their nights. These children were not afraid of the darkness in this world.

One young girl even managed to communicate with rabbits living in the snow. She often hid in a corner of the stairwell, listening to an old yellow cassette player. The girl believed the sound she heard was a gift from the ancestors – music had vanished in this world, you see. She would listen to recorded lectures and pray in the temple left by her predecessors.

Eventually the hideout was discovered by the building’s construction workers when the children were returning from their scavenging mission, so we were forced to leave and seek new shelter. Once again we retreated along the bustling streets, where neon lights were beaming everywhere, and creeping smog rendered peoples’ faces lost and helpless. Elder street vendors were selling every last bit of their wares, hawking outmoded objects of their forefathers. Finally we arranged some cardboard boxes in an alley, just for one night’s sojourn. We knew it was still a long road ahead. That night felt like a year.

Another morning we were driven out from previous night’s hideout, as we had become accustomed to, and while out scouring the streets for food the girl stumbled upon a forgotten temple. A dense fog hovered in the air, as if the place was high up in the clouds. The temple was too crammed with dark painted bronze figures of canine deities for her to even find a way in. She sensed from these figures, a time of strife and warfare harkening back thousands of years, a time when mankind destroyed the earthly body of Buddha and the Gods. These sacred bodies had subsequently been sold and dispersed throughout the world for thousands of years. This temple had become the haven for these anthropomorphized animal figures since then.

Realizing she had in fact lost consciousness, the girl awoke to find the temple floating among the clouds, an island in the sky. Only then did it dawn upon her that humanity will inevitably return to its primal state among the ancient forests, and that the temple suspended in the heavens contained the ghosts of humanity.

soundcloud.com/meukomeuko
-
Taipei / Taiwan
Mandarin Chinese / English / 日本語
-
Components of local experimental hip hop and a wide gamut of electronic music draw from Taiwan’s irregular architectures and buildings, muggy, emissions-filled air, and hectic . All these tiny elements serve as pondering-points on the darkness that underpins the most intense emotions of the city’s aggregations. ... more

Bandcamp Daily  your guide to the world of Bandcamp